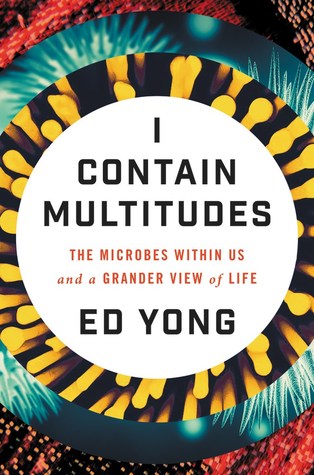 “... amphibians are also plagued by a nemesis that’s all their own: a doomsday fungus called Batrachochytrium dendrobatis, or Bd for short. It is a frog-killer par excellence. It thickens its victims’ skin, stops them from absorbing salts like sodium and potassium, and triggers the equivalent of a heart attack. Since its discovery in the late 1990s, Bd has spread to six continents. It has shown up everywhere that amphibians exist. And everywhere it shows up, amphibians stop existing. The fungus can destroy entire populations in weeks, and has already consigned dozens of species to history. The sharp-snouted day frog is probably gone. The gastric brooding frog is no more. The Costa Rican golden toad has ribbited its last. Hundreds of others have been exposed. For good reason, Bd has been called “the worst infectious disease ever recorded among vertebrates”. Frogs, toads, salamanders, newts, caecilians: no group of amphibian is exempt.

Жертва
The rise of Bd is a perfect example. Yes, it is virulent. Yes, it represses the immune systems of amphibians. But it’s still just a fungus, and amphibians have been dealing with fungi for some 370 million years. This isn’t their first rodeo. They are fumbling this particular ride because they have already been weakened by changing climate, introduced predators, and environmental pollutants. Add a destructive and quickly spreading disease into the mix and the future suddenly looks exponentially bleak.


But amphibian specialist Reid Harris has hope. Harris has discovered a possible way of protecting these animals from their fungal foes. In the early 2000s, he found that the red-backed and four-toed salamanders – two small, sinuous species from the eastern USA – are covered in a rich cocktail of antifungal chemicals. These substances aren’t made by the animals themselves but by the bacteria on their skin. They might help to protect the salamanders’ eggs from fungi that would otherwise thrive in the humid underground nests. And as Harris later found, they can also stop Bd from growing. Perhaps, he thought, this explained why some lucky amphibian species seem to resist the killer fungus: their skin microbiomes act as symbiotic shields. And perhaps, he hoped, those microbes could help to save vulnerable species from the looming Amphibiageddon.

Похоже, и змеям досталось
On the other side of the US, Vance Vredenburg was entertaining the same hope. He had been studying the mountain yellow-legged frogs of California’s Sierra Nevada, and was becoming despondent as Bd hit the area. “It was unbelievable,” he says. “The fungus would go from not being there at all to wiping out an entire basin. One bacterial species stood out, both for its protective powers and for its colour: blackish-purple, ominous but darkly beautiful. It was called Janthinobacterium lividum. Everyone just refers to it as J-liv.

In lab tests, Vredenburg and Harris confirmed that J-liv can indeed protect naïve frogs from Bd – but how? Does it kill the fungus directly by making antibiotics? Does it stimulate the frogs’ own immune system? Does it reshape the frogs’ native microbiome? Does it simply take up space in the skin, physically preventing the fungus from taking hold? And if it is so useful, why is it only found on some frogs and not others? And why is it relatively rare even when it is present? “It would be great to figure out every little detail but we don’t have time,” says Vredenburg. “If we take time, the frogs won’t be around any more. We’re really working in a crisis.” Forget the details. What mattered was that the bacterium worked, at least in the cosy confines of a lab. Would it also work in the wild? 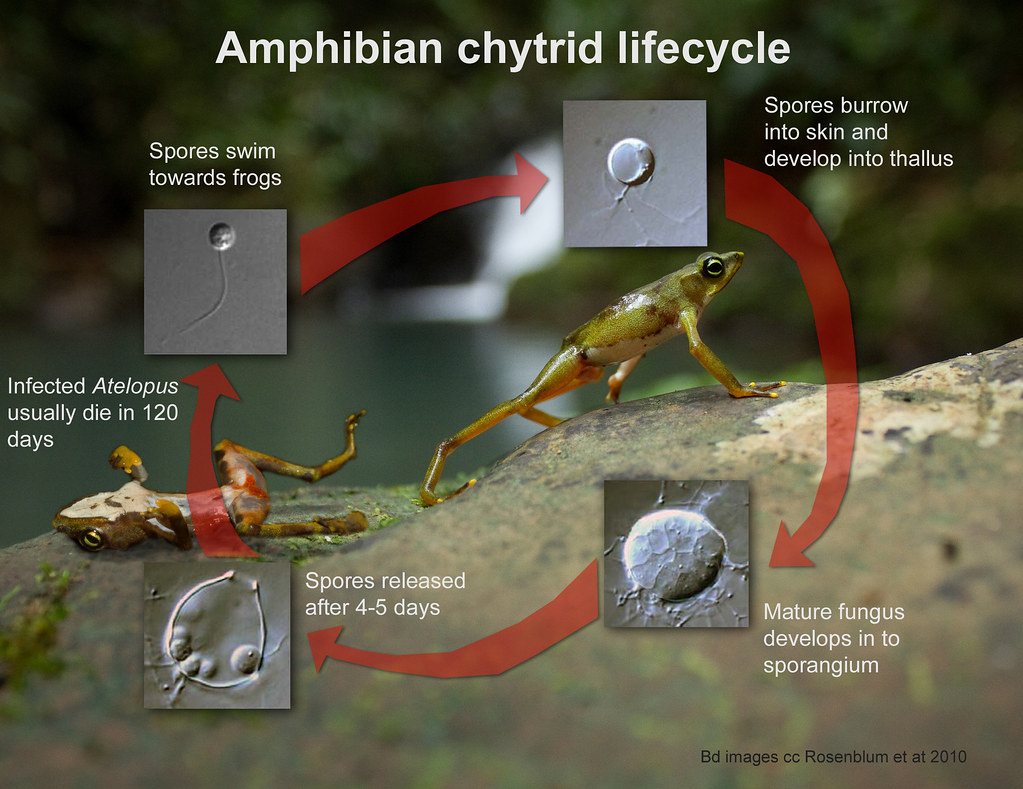 "Клиент" отправляется к праотцам за 120 дней
At the time, Bd was creeping fast across the Sierra Nevada, covering around 700 metres a year. By charting its advances, Vredenburg predicted that it would next hit Dusy Basin, a site some 11,000 feet above sea level, where thousands of yellow-legged frogs remained oblivious to the encroaching doom. It was the perfect place to put J-liv’s powers to the test. In 2010, Vredenburg and his team hiked to Dusy Basin and grabbed every frog they could find. They found J-liv on the skin of one individual, and grew it into rich, thriving cultures. They then baptised some of the other captured individuals in this bacterial broth. The rest, they left in containers that just had pond “water. After a few hours, they released all the frogs to fate and fungus.

“The results were phenomenal,” says Vredenburg. As predicted, Bd arrived that summer. The fungus took its usual toll on the frogs that had just been soaked in pond water – dozens of spores became thousands of spores, and each frog became an ex-frog. But in the animals that were dunked in J-liv, the fatal accumulation of spores not only plateaued early, it often reversed. A year later, around 39 per cent of them were still alive, while their peers were all dead. The trial had worked. The team had successfully protected a wild population of vulnerable frogs with a microbe. And they had established J-liv as a probiotic: a term that is most commonly linked to yoghurts and supplements, but really applies to any microbe that can be applied to a host to improve its health.

But conservationists can’t very well catch and inoculate every amphibian that’s threatened with Bd – that would be all of them. Instead, Harris is thinking about seeding soils with probiotics so that any passing frog or salamander would automatically dose itself. Alternatively, threatened frogs that are already bred in captivity could be dosed in the lab before being released as a group. “There is a lot of potential,” says Vredenburg, “but this is not a silver bullet. Like any complex problem, we can’t expect it to be a winner all the time.” Indeed, Matthew Becker, one of Harris’s former students, found that the same approach failed completely with captive Panamanian golden frogs. This species is a ghost in a bumblebee’s colours: a gorgeous black-and-yellow creature that has already been exterminated from the wild by Bd. Today, it exists only in zoos and aquariums and cannot be reintroduced to Panama as long as Bd persists. J-liv, despite its initial promise, won’t help with that.”

Posts from This Journal “biology” Tag